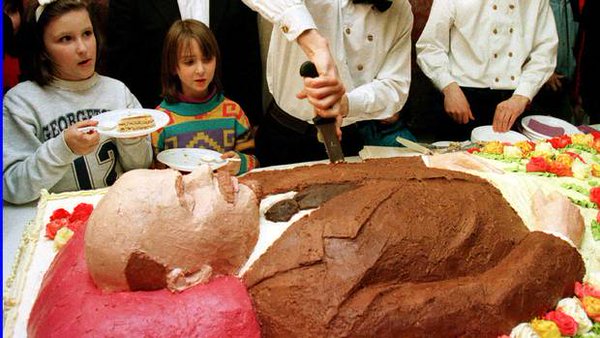 It is not uncommon for class struggle libertarians to hear Leninists equate vanguardism with a libertarian militant minority group, such as the Friends of Durruti in libertarian Spain, yet suggest that the libertarian role is simply lacking in strategy. This shows a poor understanding of the militant libertarian alternative to Leninist vanguardism and why we see it as far more desirable and superior. The phrase “militant minority” was created by anarchosyndicalists to refer to working class people who are class conscious and have an informal influence within their workplaces and unions due to being hard-working or being good at public speaking, being politically knowledgeable, etc. Anarchosyndicalists have also used the term “vanguard” to refer to an active, organized and politically-motivated militant minority.

This differs greatly from the meaning of the word “vanguard” historically used by Leninist movements. Their definition of this word derives from democratic centralism; a way of organizing where an organization’s power and control is completely centered in “strong” leaders who exercise a top-down management over the organization. Thus, the Leninist idea of the role of the vanguard is that they should strive to develop this kind of leadership control in popular workers organizations (such as unions or workers councils), and in a political organization; the workers party. This is connected with the Leninist theory that a key element of revolution is control of society by a vanguard party who has mastered Marxist theory and thus can assure the “correct” direction for the society, through their top down control over the state.

In traditional Leninism the vanguard is an intermediate layer of militant anti-capitalist workers who are beyond the social democratic cadre who the workers party leadership wish to build a party with. They wish to build a workers party so that the party and vanguard can use their control over workers movements to gain state power and implement their program from the top down via the state. Lenin said, “Marxism teaches us that only the political party of the working class, i.e. the Communist Party, is in a position to unite, educate, organize…and direct all sides of the proletarian movement and hence all the working masses. Without this the dictatorship of the proletariat is meaningless”.

In practice the Leninist vanguard takes orders and demands from the party leadership and enforces them on the working class. This results in the inability of the working class majority to have any direct control over the movement whatsoever, due in part to the inherent strict division of labor which Lenin thought to be necessary. As Lenin said, “A well-organised secret apparatus requires professionally well-trained revolutionaries and a division of labour applied with the greatest consistency…”

While left libertarians and anarchosyndicalists recognize the fact that there are minorities of workers who are more active and have more influence (a militant minority), they do not propose that they should strive to achieve a top-down power over popular workers organizations or popular workers movements through democratic centralism. They see this as inconsistent with workers self-management of their own movements and struggles, and the goal of socialism itself. As a result, some anarchosyndicalists believe that there needs to be systematic efforts to develop active participation and leadership skills in as many working class people as feasible, to ensure their ability to play an effective role in their own liberation. But this is connected with the anarchosyndicalist view that it is the mass organizations of the working class that are to gain power in a revolution, not the vanguard organization.

Anarchosyndicalists do not believe that the Leninist vanguard idea, which presupposes democratic centralism, can ever lead to anything remotely resembling a positive alternative to capitalism (socialism). And historically, what we have seen from Leninist movements is a new class emerging which dominates and controls the working class, leading to austerity and backlash from popular worker organizations. It’s perfectly fine to develop minority organizations of working class militants, but for a successful revolution those organizations can’t strip power away from popular worker organizations and centralize it within themselves. Power must ultimately be balanced between these organizations and popular workers movements in order to overthrow capitalism and replace it with a positive alternative.