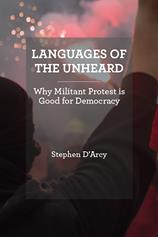 In reflecting upon the huge drop in the level of strikes in Canada (similar to USA), Steve D’Arcy makes the point here that the radical left can only become “real” in the context of mass popular self-activity. This leads to people learning about the system & organizing & becoming committed to the fight for change. I don’t agree with him that strikes are no longer important, tho I suspect that strikes in the future are likely to take on new & different forms.

“the radical Left is trapped in a position of intractable marginality, lacking any plausible path to “mainstream” relevance, i.e., any capacity to secure a meaningful role in shaping the ideas of large numbers of people or wielding any substantive influence. In this sense, there has been a deep and broad collapse of what Marx called popular “self-activity” (“Selbsttätigkeit”) — a terrifying lack of self-organized struggles of broad masses of people for social and environmental justice. We lack, therefore, the expansive pool of social antagonisms and conflicts upon which the Left could in former decades rely for infusions of enthusiasm, critical insights about the nature of the systems we oppose and how to defeat them, and what Rosa Luxemburg called “the forward-storming combative energy” of broad popular movements.”