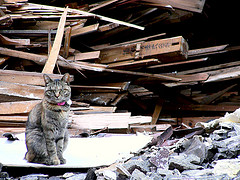 Sitting among a group of college aged friends that all dress and talk in the same way is a recurring scene in activism and organizing groups around the world. In large part, organizing takes the form of a few people trying to rally their friends around a cause. These practices are counterproductive to creating welcoming organizing spaces.

I’ve been in all types: organizations that were started from friendships, groups of people that later became friends after working together (which is better), and most recently a group that I have a few friends in but most of the people I work with I just consider comrades. Meaning once in awhile we go out for beers after a meeting or action but socializing doesn’t go much beyond that. The latter of the three works best to promote a healthy organizational culture. This article will examine the reasons as to how leaning on our friends to take a role in our organizations can become problematic.

1. Organizations that have a membership based around a group of friends are unwelcoming. In friend groups a culture develops: inside jokes happen and friends start to reflect each other’s styles. Groups of friends tend to be homogeneous, belonging to a specific subculture. This is natural, because we want to be around people that validate our interests and beliefs. This means we often share the same tastes in music, sports, fashion, and so on. But our goal in creating broader social movements means that we not only have to look towards engaging people outside of our social sphere, but we also need to create welcoming spaces for people that we may have nothing in common with except the project that we’re all interested in. It’s incredibly difficult to create these spaces when organizations start as groups of friends. A newcomer interested in the project will quickly notice who is friends with who and who has influence over who. That new person will feel left out in realizing that influence in these friendships spills over and dominates the decision making process and power dynamics in the organization.

These types of organizations are identified with the social scene which its members make up. For example, there might be a group made up of solely of hipsters around the same age from a specific university, or solely of crust punks, or solely of diehard Seahawks fans. These groups are going to be unwelcoming to people who could never see themselves as being like those people.

2. Another problem is that friend drama spillover gets in the way of effective organizing. The health and culture of these friend/activist groups are very much linked to health of the friendships of the people involved. For example, friends date each other, they break up, and friends take sides. Organizing spaces that aren’t dominated by friend groups are less susceptible to friend drama spillover because others in the group are likely not to stand for the distraction. There is also less of a possibility that this will cause the friends who are involved in the conflict to leave the organization because the organization is perceived to exist outside of the friend sphere of the people involved.

3. Many of our friends who consider themselves politically minded are just not as serious about organizing as we are. Oftentimes, attendance at meetings is more motivated by the social aspect than an actual desire to make revolution. The motivating force behind recruiting our friends is the idea that by adding bodies to our group will somehow make us more successful, and that by leaning on these people to attend our meetings it will increase our groups capacity and power. This line of reasoning doesn’t work. A group filled with friends can often lead to unreliable members which puts pressure on the reliable organizers in the group to babysit. Babysitting leads to burnout, and burnout of the solid organizers within the group leads to group failure. It’s better to put zero effort into retaining these unreliable people. A group of three reliable people will function better and accomplish more than a group of five with two or three “reliables” and the rest being flakes.

This isn’t to say that people who have a lot going on in their life shouldn’t be able to participate and be involved. Levels of involvement will always vary and we should make space for people with families, illness, or other reasons that leave them with minimal time to contribute. Unreliable people are something different altogether; they are the people who say they will do something and repeatedly don’t follow through or require a phone call meeting reminder to even show up. It just so happens that often times these people happen to be the ones with the most time on their hands.

Why do friendship groups so often dominate our organizing? It’s because they are the people that we have the most access to. Going out and doing real outreach and engaging people that we don’t know and are different than us is scary at first. It takes work, so doing this in teams is a good way to alleviate some of this fear. The simplest thing we can do to change the friend activist group culture is to not lean on our friends to join our groups and actively seek out self-starting organizers who are interested in the projects we want to work on. Start with two or three people instead of five unreliables. You will have better results.