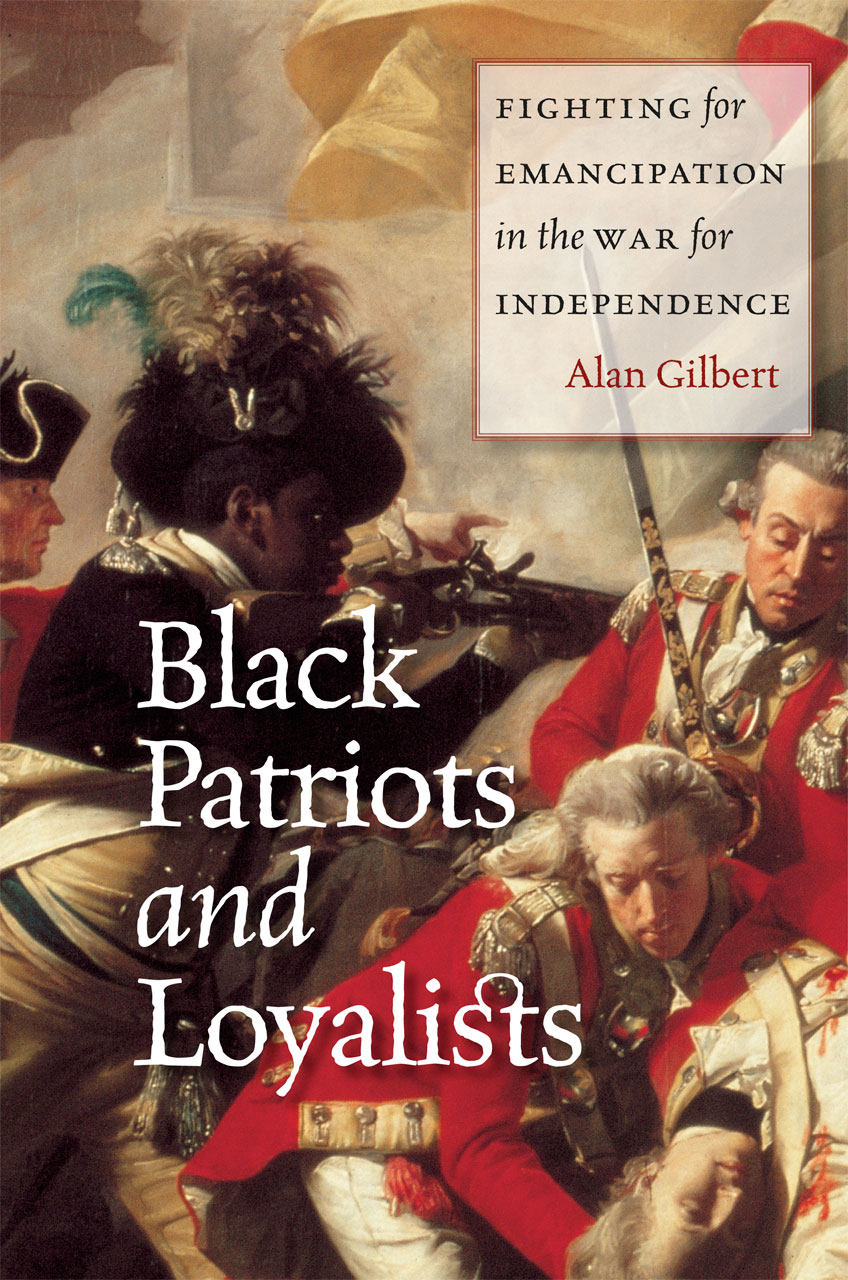 Black Patriots and Loyalists: Fighting for Emancipation in the War of Independence, Alan Gilbert, 2012, University of Chicago Press

The participation of African Americans in the War of Independence is widely known but only vaguely understood. Almost everyone knows that Crispus Attucks, a runaway slave and sailor, took an active part in the 1770 fight in Boston that became known as the Boston Massacre, reportedly being the first to fall to British gunfire.  In the sketchy picture of American history offered to most students in primary school the impression might be understandable that Attucks was indeed the ONLY Black man with a notable role in the war.

More interested students of history are aware of lord Dunsmore’s proclamations of 1774, which offered freedom for any slave of a rebel master who came to join the British (in Virginia only) and joined his army. But sadly, other than knowing that this occurred, most people have no knowledge of the results of this act and the dual nature of the American Revolution that it created.

While both the American colonials and the British offered freedom for blacks who joined their cause, it was only on a very limited basis that the Americans did so.  The states of Massachusetts, Rhode Island, and Pennsylvania all mustered armed all-black bodies of troops. But these forces were very small in comparison to the black troops the British were able to field.

In the southern colonies the British were inundated with large numbers of insurrectionary ex-slaves who had freed themselves and come to join the Royal army. From the beginning of the war, largely due to Lord Dunsmore, the British forces in the south had no trouble assembling regiment-sized units of freedmen who were eager and highly motivated. Having run away from plantations with their entire families, the black forces were followed by large trains of women and children.

Racism and white supremacy infected the officer-class of the British no less than it did that of the Colonial forces, both north and south.  The reason for their offer of freedom was not based on any egalitarian ideals. The idea was to disrupt the plantation economy; in this it was very successful. Likewise more than a few plantation owners began to have serious misgivings about the slave-based economy they ran. Even slaves that didn’t run away began to act in their own interests, refusing to obey their masters and, in several cases, murdering brutal overseers and farming small plots for their own use. This was the most obvious and opportune time for the founding fathers to settle the matter of ending slavery. It is to their eternal discredit that they chose not to do it.

Even the author of the Declaration of Independence found himself at the mercy of his own logical incongruity. Many of Jefferson’s slaves packed up and left to join the British. In a letter written after the war he bemoaned that Cornwallis had burnt all of the crops and buildings on his plantation and “carried off also about 30 slaves…” His choice of words indicate that he could not bring himself to accept that his human property were so unhappy that they would leave on their own. In the same letter he guessed that as many as 30,000 slaves had joined the British in 1781 alone.

The strongest recommendation for this excellent work is the forgotten incidents, freedom fighters and martyrs it rescues from obscurity. From the moderately known, such as Colonel George Middleton, commander of the American Massachusetts Bucks, a black regiment led by a black officer, who also championed resistance to Yankee racism after the war; to such men as Murphy Steele who escaped slavery in North Carolina and joined the British Army as a scout, and to the very obscure, such as Captain March, Lieutenant Mingo, and Adjutant Garrick, black officers of a company of British dragoons, who fought for the freedom of their people on the side that seemed most likely to grant it.

It speaks to a need to revaluate and reframe the “American Revolution” as both a war against British colonialism and, simultaneously, a war for the emancipation of the large population of African men and women held in slavery throughout the colonies, and also as a war of the Native peoples to contain encroachment on their own lands. That the American rightwing has successfully framed the conflict as a war against “unfair taxation” indicates only the slobbering idiocy of our public discourse.