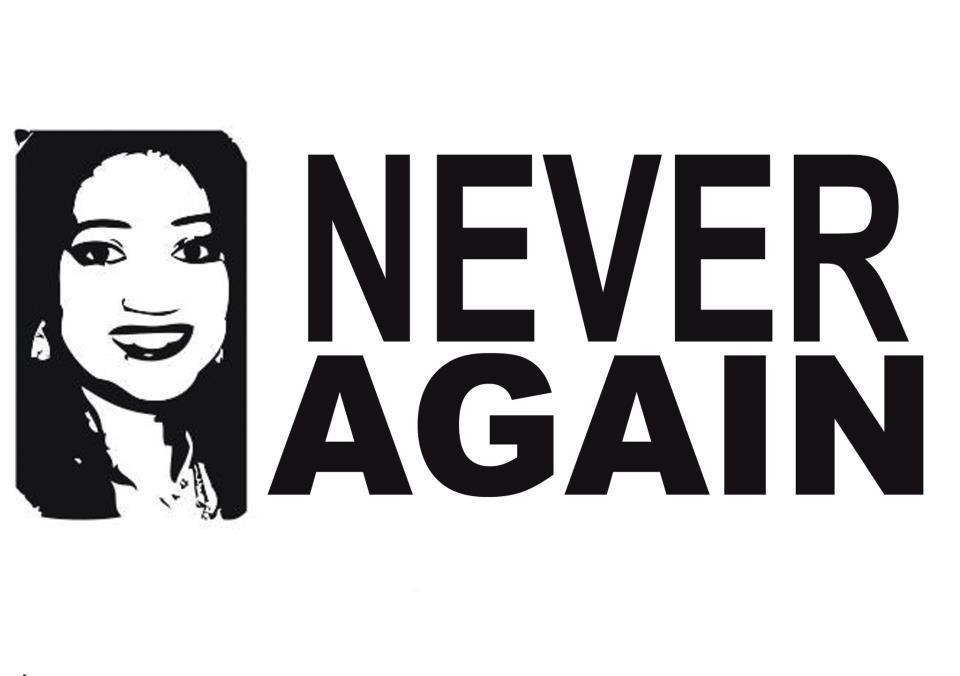 Could you just say something about your immediate reaction as you learnedly about Savita’s death?

We first heard the rumors that a woman had died a few days before the story broke. We hoped it was a hoax, but we knew that it could also be true. It was only a matter of time before a woman died as a result of our prohibition on abortion. Over the days it became more likely that the story was true and we were subdued. For me, it hit home when I saw Savita’s picture on the front page of a national newspaper. This was a woman with a husband, family and friends who loved her and were now grieving. This was a woman who was looking forward to a future, to becoming a mother. I can’t even begin to imagine the grief her husband must feel. The story made me feel deeply sad, despairing and ashamed of my country.

What are the feelings in Ireland at the moment, has there been a lot of attention around this, and how are people reacting?

People are shocked, horrified. From midnight, when the story broke, Twitter and Facebook has been full of condemnation. Comments include, ‘unbelievable’ ‘appalling’ ‘deeply saddened- otherwise speechless’, ‘sadly it was only a matter of time’ ‘outraged’ ‘never again’. Many changed their profile picture to Savita’s and started circulating information about demonstrations in different cities around Ireland. It was front page on all the papers and covered in all the radio broadcasts.

20 years have passed since the X-case, yet no law has come into effect. Did you fear something like this could happen? Can it happen again?

Yes, we did fear something like this would happen. There have been previous cases in which pregnant women with cancer have been denied abortion. One died (Shelia Hodgers in 1983) and many have to travel abroad (one took a case against the government to the European Court of Human Rights). The Irish state forces women to travel to another country for abortions—but undocumented migrants can’t leave the country. I always feared that this would result in a back-street abortion death. So yes, it was always likely that something like this would happen. And if the law isn’t changed, it could happen again.

You took part in the organization of the marches during the X-case. Can you say something how the Irish abortion debate has changed in these 20 years?

Then the majority of Irish people did not support abortion at all. Now 80% support abortion when the life of the mother is at risk (Sunday Times Poll, Sept 2012), and a poll in 2004 suggested that 51 % of 18-45 years olds supported women’s right to choose. Support for abortion has grown. Then, the debate was relatively limited— should an under-age rape victim be allowed to get an abortion in another country. Now there are much more voices calling for free, safe abortion on demand. A right to choose a position is much more mainstream.

In an article with the WSM you tell of how the abortion debate has affected you personally over the years. Could you say something what it was like to be a young girl during the first referendum in the early 1980s, and a young woman during the X-case?

I was a teenage girl at a particularly bleak time for Irish women. The pro-life amendment was passed. Shelia Hodgers died without being treated for cancer because she was pregnant. Another woman was fired from her job as a school secretary because she was pregnant and unmarried. Finally there was a very widely publicized case in which a woman was accused of murdering her children which had a very anti-woman undercurrent (this was known as the Kerry Babies case). Luckily my mother had a couple of US feminist books in the house. So while I was going to a catholic school, I was also getting another viewpoint at home. I was a student in university when the x-case happened (see below for explanation). I remember reading about it in the newspaper and feeling very, very depressed. I thought, ‘one more thing, I hate this country, how can we treat people like this, nothing is going to change’. But I was wrong, the x-case did change things. It was as if people suddenly realized that X was a person, that she was a daughter, a sister. I remember sitting beside a middle age man at work, talking about the case (which itself is remarkable, because abortion is a taboo subject in Ireland. You would never ask someone what their opinions were). This man said to me ‘I don’t like abortion, but if that was my daughter …” The X-case led to an outpouring of protest. And in the twenty years since then, more and more people support abortion. But for so long we have been banging against a brick wall. The politicians are far behind the rest of the country. They have refused to do anything.

On Saturday there will be a demo in Dublin. Do you know if more are organized around Ireland, and what do you hope the demo will achieve? Is there a sense that many will show up?

There was a demo today in Dublin, the same day that the story broke. Two to three thousand people turned up on this short notice. There were also demonstrations in other towns. I expect the march on Saturday will be huge. Tonight people were mourning. The atmosphere was one of quiet anger. I think over the next few days this anger will grow—and will continue to grow if action isn’t taken. I think many people feel we owe it to Savita and the bravery of her husband in making this story public, and to similar women in the future, to ensure this will never happen again.

I think the expert group is a joke. I know that an abortion law was drawn up over 15 years ago. A law was proposed in the Dail in April and rejected by all the leading parties. It is absurd to say that the politicians need more expert advice. In fact all the various political parties have done in the last twenty years has been to commission a report. This group was supposed to be issuing is report in June, then it was to be September. Then, last night, the day Savita’s story broke, it finally reported to government. This says to me that the group has little to do with expertise and a lot to do with political avoidance and cowardice. I believe the government should produce a law which allows women access to abortions. Full stop. The x-case judgment, which the expert group is supposed to be investigating, was that abortion should be allowed where there is a ‘treat to the life of the mother, including the threat of suicide’. That is not enough, not anymore, I don’t think the people will be satisfied with that. Now we demand much wider access to abortion.

x-case:
X was a 14 year old girl, who following rape, attempted to go to England with her parents for an abortion. The state put an injunction to prevent her traveling. This caused a huge outcry. Rolling and escalating protests resulted in a court judgment which allowed for abortion in Ireland where there is a threat to the life of the mother, including a threat of suicide. That judgment has never been enacted in law, leaving Irish women in a legal limbo.

A history of the struggle unto 2007