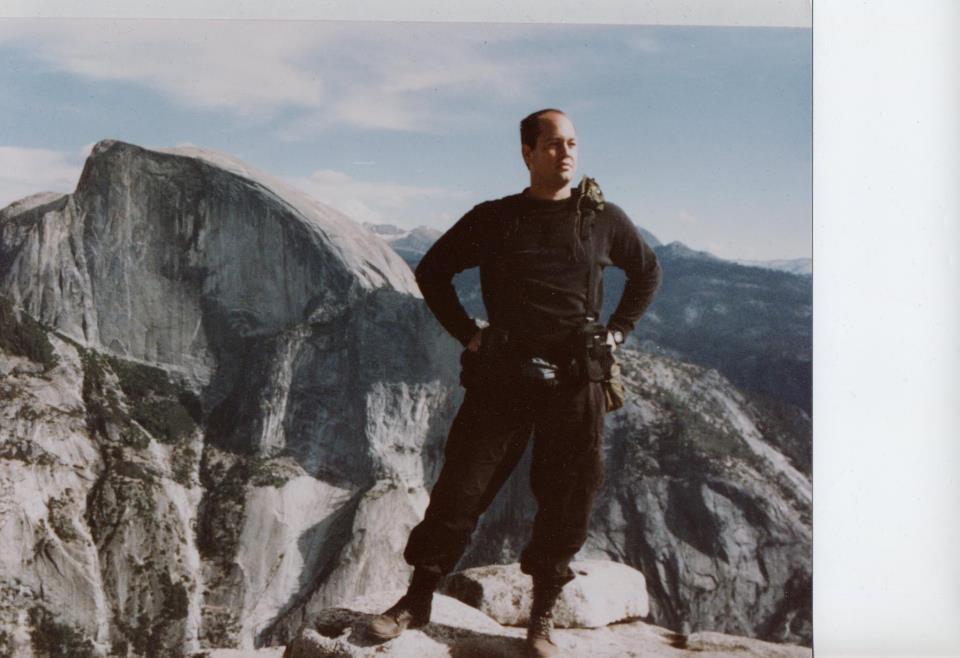 Last week one of our own, Scott Rittenhouse, passed away in his sleep. As news began to travel among revolutionaries of all stripes, many of us began to see social media light up around us with memories of him. Scott was an interesting soul, pugnacious at times, always reliable, and always willing to talk things through and express his opinions. He was a one-man pamphlet-making, sticker-designing, distribution point and anarchists all over the world—particularly those with a penchant for reading pamphlets—encountered his work in a variety of forms. His stickers adorn the walls of schools, businesses, and cop shops all over the country.

Like lots of older American anarchists, his early political experiences were with anti-racist action, organizing against fascists, disrupting their events, and sometimes streetfighting with organized bigots. In Los Angeles, he worked with ARA and area anarchist and anti-authoritarian groups as a militant class struggle anarchist. Wherever he moved (when he died he was living in Virginia), he took those experiences with him and shared them with comrades.

As Tom Wetzel pointed out, “Scott was a former army sergeant who became a revolutionary, a former city planner & white collar union rep in Los Angeles, a former activist in Anti-Racist Action. (…) He was a working class guy who read on his own, was thoughtful, anti-racist, anti-capitalist, anti-authoritarian.” Scott spent his last days in poverty, used as a soldier by the state and left without much in the end (a pretty common story these days). And he organized to see that other young people didn’t suffer the same fate at the hands of the state’s war machinery.

Scott wrote prolifically on his positions on ecology, urban planning, economics, and much more. Below are a few quotes from some of his unpublished work that he was drafting at the time of his death. He intended this work to explain why he opposed capitalism and put forward a class struggle anarchist perspective:

“The well-being of people is more important than money. Social problems can be done away with by eliminating poverty and cruelty and the reasons people hurt each other out of desperation to survive.”

“Capitalism…can only lead to a social class system with extremes of political power, over-consumption and concentration of wealth supported by extremes of poverty, war and environmental destruction.”

“To resist authoritarian institutions we must undermine their legitimacy.”

“The emancipation of the working class must be the task of the workers themselves (First International Preamble). If I want change I have to be willing to work for it myself. Politicians, leaders and bosses only act in their own interest.”

Finally, we’d like to leave readers off with some memories of Scott, posted by comrades, emailed condolences and the like. Because Scott was a revolutionary, we leave these quotes without attributing them to specific people. But we also want to leave a few words our own:

“Scott fought for a world without borders, bosses, politicians, war, environmental catastrophe, social inequality, classes, and so on. We’d like his death to serve as a reminder to us all to love each other while we’re alive. Let’s take care of each other, treat one another with dignity and respect in the here and now, so that we can fight side-by-side together. Scott, rest in power, compa.”

“Scott Rittenhouse almost single-handedly saturated the Los Angeles basin with anarchist literature throughout the later half of the ’90s. As he worked in city planning department of the City of Los Angeles, he quietly (if you can believe Scott could do anything quietly) produced thousands of pamphlets with hundreds of various titles.

If you were an anarchist in the ’90s, you likely had numerous pamphlets produce by Scott in your library. He produced his own newspaper – the Leveler – and was a one man organization (ICC – Insurgency Counter Collective.) Man of us saw him struggle, disappear and then reappear with same loud, abrasive personality that we all learned to love. He was loud, obnoxious, but he was ours. He was our comrade.

Goodbye, Scott. For you and the revolution.”

“Scott was like a bull in a china closet. His heart was surely in the right place…but, damn, Scott, you were such a pain sometimes. But you gave without asking and I always appreciated your willingness to help WSA with layout, pdf’s and all that sorta technical stuff. In spite of your hard-headedness, if something was rationally put before you, you mostly listened……. With sadness, I raise my fist, and on behalf of all your comrades….. ‘Scott Rittenhouse, Presente!’”

“We have lost one of the best propagandists I’ve ever known of, imho.”

“Scott made my favorite anarchist sticker in the world. It’s a kung fu woman with a straight sword doing a classical wushu pose. It has antifa arrows, a circle-a, and a circle-e on it. It’s on my bedroom mirror here. The background is the black and red flag he used for all of his stickers. I’m looking at it now.”

“I met Scott Rittenhouse twice, during a speaking tour in the US in 2008. Both times he was filled with a warm – almost childish – hope and optimism for humankind, which I was fortunate to experience. I hope your hope for humankind will be realized Scott, and I’ll continue to work for that.”

“It was clear that it wasn’t always easy for Scott to be in the world. I know his difficulties were compounded by money problems. His commitment to justice and outrage at injustice was a matter of him being big hearted and broad minded but also of his experiences, and it infuriates and saddens me that he had to deal with the bullshit of capitalism in addition to health issues. I’m also sad that he died so young.”

“Thanks for the words of wisdom in my younger years. Never had a chance to thank you for that. You were all heart brother. The arguments over punk rock seem silly now. You had more of an influence on me than you’ll ever know. I’m sad to see you go Comrade, but your life was an example of truly living life. Thank you for that.”

“I just learned that the anarchist movement just lost one of its nicest and warmest hearted propagandists to his sleep the other night.. he was a great friend of mine a comrade in duty and a fellow at arms, I will never forget you Scott Rittenhouse for what you’ve taught me! You will always be with me in spirit.”

“Rest in peace, our friend and comrade Scott Rittenhouse. The movement is worse off without you.”

“We were at a huge march for Mumia and we all got cornered by the pigs. The pigs started rushing into us, so we all hopped over a neighbor’s fence and scrambled, and Scott was on the roof of the house for some reason and I’ll I hear is someone yelling ‘I don’t know, there’s a huge white guy on the roof’ haha, we were trapped in this back yard for a few minutes getting balled out by the owner of the house for destroying his roof, but he let us out without a fight.”

“His open and friendly manner encouraged me to be the same way with comrades I hadn’t met him in person, he inspired me to build relationships in as much as I can with our far-flung comrades. My heart aches knowing that his last years were haunted by material worry and stress.”

“He was a really great guy who did a tremendous amount of work for the LA Anarchist and punk scenes (I write Anarchist with a capital A, as was his habit). He founded the Red and Black book project, which was the earliest attempt that I am aware if to distribute classic Anarchist literature in printed and downloadable form for free. This is a terrible loss and he will be greatly missed by the many who knew him.”

“The world has lost a good one. Condolences to the Rittenhouse family. You’re gonna be missed Scott.”

“You had a huge heart and you tried your best. Despite your flaws there are few that can say the same.

from your comrade in the north pole, I’ll miss you big brother.”

“Gonna be thinking about Scott Rittenhouse tonight, a solid comrade who passed away. Will never forget Helltown brother. You will be missed!”

“Scott Rittenhouse has died. I’m shocked and sad. He had a unique personality and my world is less without him.”

“Scott was one of the few comrades who would send me long, handwritten letters just to say hi, tell me about his life, his troubles, his loves. He had an enormous heart and I will remember him always. Love to you, comrade.”

Here’s a sticker Scott designed that was a favorite among comrades: